The Fault In Our Stars

I've read the book. I finished it in less than 48 hours because it is Goddamn contagious.
It is easy to understand because person like me needs simple English to make it understandable.

Despite all that, it depicts how cancer patients fight for their lives. Breakups, heartbroken.

Like I said, "I can feel that I'm a cancer patient" yesterday.

It is a great book to read and to watch too! (Movie is coming soon! as in very soon!)

Personal thought: I hope cancer is incurable but improvable (as in not able to run normal lives like Hazel; not death because everyone faces death in the end). If not, it ruins IT ! 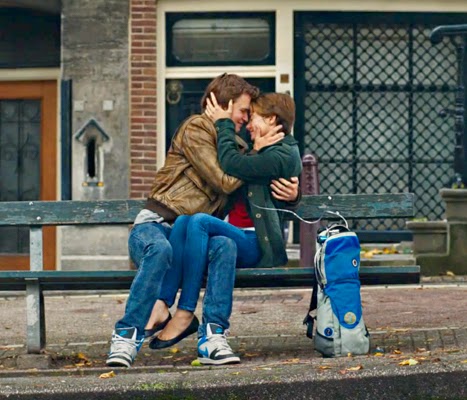 wenfang said…
Yea I wasnt expecting to be touched when i walked in for this movie. Almost everyone sobing at the end of movie. The fake funeral by Augustus took my breathe away the most. OMG.
Aug 21, 2014, 12:13:00 PM

J e s s i e
Born and bred in Sarawak. Young Foochow lady who started to venture into the world of adulthood. Struggling to find real interest in her life.